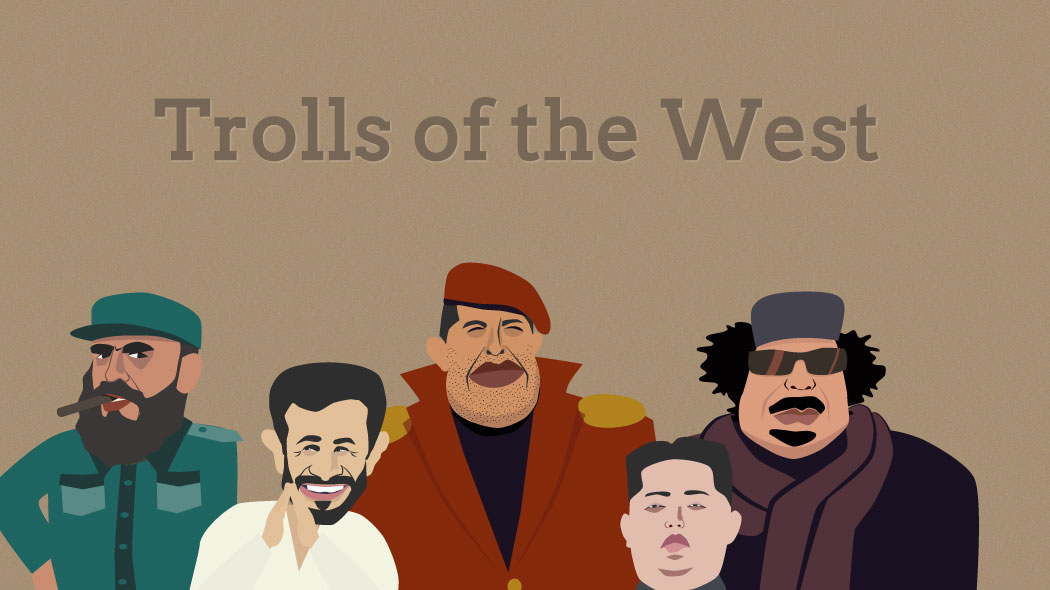 With the passing of Venezuela’s Hugo Chávez, the United States of America and its allies may be glad to see one of their most vocal and visible critics gone. However, Chávez was hardly the only challenger of (perceived) Western dominance. Find out about the antics of the West’s most feared and hated adversaries in this miniseries.

Click on the image to go to the story!

In collaboration with Simon van Woerden